Diabetes and the Eye

Diabetes is a disease that affects the way a person processes food for energy and growth. With each form of diabetes, an individual’s body has trouble converting sugar in the blood into energy, resulting in a host of potential health problems. Diabetes can greatly affect your sight. Diabetes can cause markedly decreased vision and sometimes total blindness. In most cases, this can be prevented with proper and timely care. However, if diabetes is not managed well, it can potentially lead to a number of eye diseases, including diabetic retinopathy, macular edema, cataracts, macular degeneration and glaucoma.

When diabetes hurts the eye, it does so because of changes to the small blood vessels in the retina. This is the most commonly known eye disease among diabetics and is called diabetic retinopathy. Initially, these changes to the small blood vessels cause them to become leaky. This leakage can cause clear fluid to pool in the center of the retina. This condition is called macular edema. Leakage can also cause areas of bleeding in the retina. As blood vessels are damaged from diabetes, they also become much less effective in providing normal circulation. Lack of circulation can cause permanent retinal damage and can also stimulate the growth of abnormal and dangerous vessels. Macular edema is one of the most common causes of decreased vision in diabetics. If signs of it are detected in an exam before vision is decreased, preventative treatment can be taken. Once vision is decreased, treatment can restore it, but not 100% of the time. Treatment options to reduce leakage include laser and injections of medications.

Diabetic retinopathy occurs in stages. In the early stages, little red dots can be seen in the retinal exam. Small areas of swollen retina can be seen as a result of patches of poor circulation. These have the descriptive name of cotton wool patches. There are also yellow deposits that form when areas of clear fluid leaks dry at their edges. These are called exudates or edema residues. All of these findings can occur in a patient without symptoms. Vision will only be affected if macular leakage occurs. These changes are seen in so called background diabetic retinopathy, which is more aptly referred to as non-proliferative retinopathy. The term non-proliferative refers to abnormalities that do not include new blood vessel growth.

More advanced retinopathy involves the growth of new blood vessels on the surface of the retina. This stage of retinopathy is called proliferative diabetic retinopathy. Abnormal blood vessels grow when the normal ones are not supplying the retina with enough oxygen and nutrients. Unfortunately, the new blood vessels only cause more problems, and often very bad ones. Abnormal blood vessels typically bleed. If enough bleeding occurs, the blood fills the large gel-filled cavity in front of the retina and causes a sudden loss of vision. This condition is called a vitreous hemorrhage. The blood often requires surgical removal. Abnormal blood vessels can also cause scar tissue and pulling on the retina. The pulling on the retina can detach it and this is called a tractional retinal detachment. This often requires surgery in order to prevent blindness. If there is enough disruption of circulation, new blood vessels can also grow in parts of the eye closer to the front, specifically on the iris. This, in turn, can lead to a closure of the eye's internal drain causing a painful elevation of eye pressure known as neovascular glaucoma. This is one of the most difficult types of glaucoma to control and can result in a painful blind eye.

With all stages of diabetic retinopathy, early detection and treatment are key. Large studies done in the 70's and 80's demonstrated, without question, that laser treatment to eyes with macular edema or new vessel growth do significantly better with laser treatment. Eyes treated earlier clearly do better than eyes with delayed treatment. More recently, injected medications including cortisone type meds, as well as the ones now used for wet macular degeneration, are proving useful for treating diabetic retinopathy. Because of these new treatments, protocols for treatments are currently in a stage of evolution. New studies are comparing the benefits of laser, injected meds, and combinations. But what hasn't changed is the concept of early detection. That is why diabetics need to be seen on a regular basis, before visual symptoms develop.

There is no question that early detection is important. There is also no question that the better diabetes is controlled, the less chance for complications. Of course, the ideal way to prevent diabetic complications of all kinds is to prevent diabetes in the first place. This is not yet possible with type one or juvenile diabetes, but is possible with type two diabetes. Type two was called adult onset diabetes. A generation ago, this type of diabetes was virtually unheard of in people younger than 35. Unfortunately, it is now predicted that a staggering 1 in 3 children born in 2000 will become diabetic unless current eating and exercise habits change. About 9 million Americans had diabetes in 2003. Some predictions have that number at 40 million by 2050. 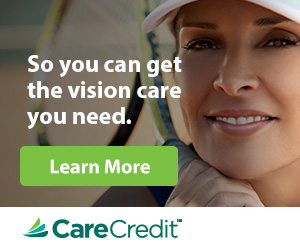